Prices include VAT, plus delivery

Meanwhile, some of his own crosses (x Acnistus Iochroma) sees the light of world we want to introduce to you.

In 2010, the Acnistus in the gardening magazine flora was presented with our initiative.
The following text is from this idea, and can be underlined by us.

If you like potted plants, you'll love this way: No airs, no special requests to the winter, this charming masses of flowers. Our secret tip!

Strange. How can something so magical as the Australian bush bell will be with us only so unknown? Sure, his Blütentrompetchen just six inches long. But they come with an over-rich pile of blue or purple. Blue is especially popular, because in the plant kingdom, and thus plants under the bucket, not exactly a frequent occurrence. In addition to its charming appearance, the bells are on top of that shrub, which affects nursing and wintering, very straightforward. Reason enough, you put this plant once the heart.

Name confusion
The Australian bush bells (Acnistus australis) is a nightshade plant from southwestern Bolivia and northwestern Argentina. Among botanists recently, his name is "Iochroma australe". Gardeners frown over the forehead, because Iochroma, the shrub has violet, really long, narrow tubular flowers, whereas the known species under Acnistus with playful, so come down like bells curved edge. That the German name suggests an origin from Australia, is based on a slight confusion explanatory: "australis" does not just "Australian" but also "south", meaning the southern hemisphere is meant - which includes South America.
One way or another: Who is the Australian bush bells a new terrace home has an attractive, unpretentious summer visitor to the others envy him!

Satisfied almost everywhere
Whether sun or partial shade: The bell bush is really everywhere. Only he does not like full shade. With the dry heat of a winter garden, marveling in the summer he would cope well, but then attracts, like most container plants on spider mites.
When space in the greenhouse also proves to be extremely adaptable. It grows like a shrub, and especially the blue-flowering variant can be high with the two and a half years to three meters. But they must not, because she is very friendly and can be readily cut to trim a small bush or to educate even phylum.

Hungry and thirsty
Anne Kirchner-Abel, potted plants in Duisburg teacher and expert on bells shrub makes the experience that gardeners usually fertilize too little. What exactly are the bells shrub quickly noticeable. Their recommendation: mix a slow-release fertilizer in spring (they used Plantacote) under the earth, which is about mid-July will be refreshed again. In addition, Anne Kirchner-Abel is every time you cast a fertilizer into the water (Hakaphos blue). As with all woody potted plants it represents about four weeks before loading into winter quarters one fertilization, ie from mid-August to mid September. This allows the shoots to mature and are then ready for the cold season. A dose of potassium fertilizer stressed (eg Azet VitalKali) supports this process. As the bells shrub is also plenty of thirsty, he needs plenty of water accordingly. At least in good weather. While cooler, wetter periods of the root ball stays wet longer and should not be poured even more. Less irrigation water means to Anne Kirchner-Abel method of fertilization but also less supply of nutrients. In such conditions, the slow-release fertilizer to the plant serves as a basic service.

Easy care wintering
On the wintering grounds is the Australian bush bells undemanding. Whether dark or bright conservatory garage, the main thing that moves in the positive temperature range between five and 15 degrees C. In the winter dark it is normal that shed their leaves, the blue types. The purple-colored to keep a part. Keep the root ball moist always just barely. Smaller branches may dry up here. Never mind: Cut them when cleaning out in the spring just gone. They grow quickly.

Please re-pot!
When the bells of the bucket is too small shrub, he shares with you this: once thoroughly enough to pour morning until evening. Should the root ball already at noon for more, it's time. The best time to repot is in spring. If necessary, you can also do this summer to mid-July. Then help yourself to the granting to its winter quarters better with a lower rate than water reservoir for the day.
Anne Kirchner-Abel recommends as a substrate for this one Weißtorfprodukt container plant with a clay content (such as standard soil Classic ED 73). It has the best water storage capabilities and a good structure stability.

Robust constitution
Basically, the Australian bush bells proves resistant to pests and diseases. In the spring he can be captured once before a few aphids. If you wipe them quickly, the pests can not spread only in size. In an emergency, rapeseed oil-based spray helps you inject several times according to the instructions, or a plant protection granules, which are incorporated into the substrate.

Some dreams bells give the Australian bush as a mini angel trumpet, because the flowers are similar in form. However, the two are not related. Unfortunately, find the gardeners who would like to breed blue angel trumpets.

The alternative version of the purple bell is slightly more compact shrub. Like his brother he is blue throughout the summer, numerous, dense clusters of about ten individual flowers. Thus, the pile is extremely abundant, even though the flowers themselves are relatively small.

Display per page
Sort by 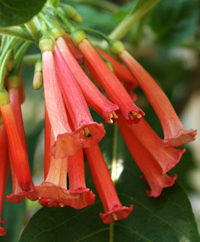 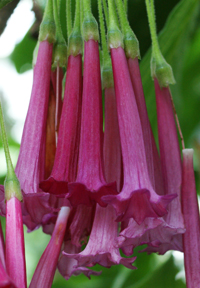 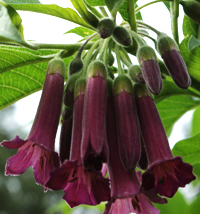 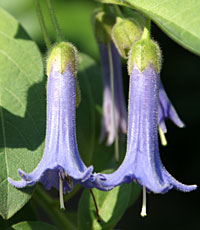 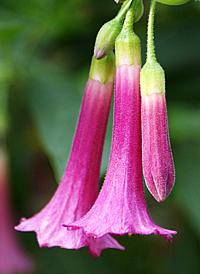 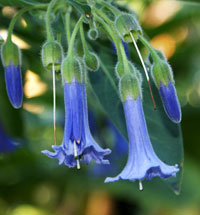 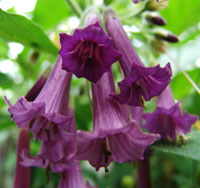 Prices include VAT, plus delivery